My first post! Everyone’s welcome to His (and my) site 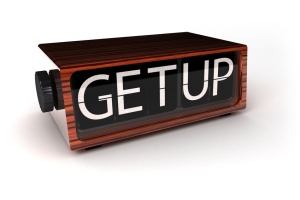 3am wake up call

I didn’t come to know the Lord until 1987, but He was talking to me before I became a believer. As a child, on Sundays our family went to First Congregational Church, but usually it was because we didn’t have something else planned. My sister and I loved singing in the choir. By the time I was in the 6th grade, we had stopped going to church. I found myself, however, really wanting to go to church. I didn’t know why. I just felt like a great big magnet was pulling me awake every Sunday (even before anyone else got up), and toward churches close by. So, I started going to churches by myself which were within a 30 minute walk from my house. I went to a Presbyterian Church for a few times. But I felt lonely there. I went to a Catholic church several times, and liked the standing, sitting, and kneeling activities. I liked the repetition, and responding back to the Priest. But I still felt empty. I tried a Methodist Church, a Church of the Nazarene, and a community church. Each time, I’d walk away feeling vacant and lost. Since I wasn’t sure what I was looking for, I started attending First Community Church. Not because it met my spiritual needs, but because the fellas who went there were really cute. I thought that maybe if I attended a church more than just a few times it would grow on me. I didn’t realize Jesus was knocking on my door.

I saw Jesus on the cross at all these churches. I knew He was God’s son. I’d heard the story about Easter- that He died for us and rose again on the third day. I learned about the miracles He’d done. At FCC, I learned we were all supposed to be kind and loving to everyone, like Jesus was. We learned the New Testament stories, but there was no personal relationship between Jesus and me. Actually, there was no personal relationship between me and anyone at FCC. Yes, the guys were cute, but I didn’t know how to talk to them. The girls didn’t even include me in their conversations, but I kept going because I felt like eventually I’d fit in.

I quit going to FCC in the 9th grade when a counselor at summer camp accused me of doing drugs. I remember telling him that he had to be a hypocrite to point his finger at me without getting the facts first. “Jesus wouldn’t have done that!” (I suffered from migraines, and I was taking medication for them. The counselor thought the pills were illegal, I guess.) Anyway, I became angry because I looked at all the kids at camp and thought, “They’re not Christian ‘cause they make fun of me. The counselors aren’t Christian because they are judgmental.” That ended my search for a long while. I quit going to any church. That was 1965.

Now fast forward 12 years. I have a masters in nursing and taught for two years at a university a few hours from Columbus, Ohio, where I grew up. I even met a guy while I was teaching there, and in August of 1977, we moved to Cleveland to live together and work at a hospital there. He had a dog, I had a dog. He loved his job, I loved my job. He and I loved each other, and all was bliss.

Soon, though, we weren’t getting along very well, and I suspected that he was going out with another girl. He denied it, but daily he grew more distant. November 11th, my dog got killed by a bus. This event added greatly to a depression I was already in. I felt very unloved, and I couldn’t figure out what to do. I’d go to bed before he got home, crying myself to sleep. I’d wake up and barely have the energy to get dressed or put on make up. This went on for several months.

One night, while I was sleeping, I heard a voice in my head say “Come. Take my hand and I’ll show you the way.” It wasn’t a dream, there were no pictures. And when I dream, I usually don’t hear people talking. I sat straight up in bed! I looked around. No one was in the room. My boyfriend was sound asleep. But the air in the room smelled like rose petals, and it was as soft as velvet. I had a euphoric feeling, and a calmness that was awesome. And I knew. I sat straight up in bed and thought, “That’s God. That’s God talking to me.”

I got out of bed very slowly and carefully. I stood up. I thought that each movement I made would blow God away or something. But no, He was still in my bedroom. And I was grinning! I tiptoed into the kitchen, and the velvet air followed me. I sat down, and the peace I felt was still there. I never said a word. I just kept thinking, “Wow, God is in this place. He wants me to take His hand. He wants to show me the way.” I sat there for ten minutes and just marveled at the way the air felt. I realized I was no longer depressed. I fixed myself a cup of warm milk, and sat in that kitchen for about an hour, not wanting the feeling to end. But as I grew tired, I headed back to bed, knowing that God was somehow gonna take my hand, and show me the way.

1 Response to My first post! Everyone’s welcome to His (and my) site