My God and My Doctor

Posted on February 8, 2013 by perkandgod 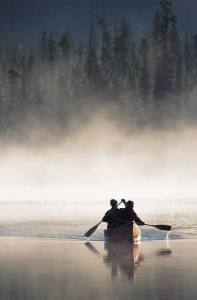 I have a wonderful Christian doctor. I call him Dr. B and he prays with me when I have an office visit and I am sick. Also, once or twice a year he goes on mission trips since he’s a family doctor.  One October, while I was at home, God put him on my heart, and shot his name through my brain over and over again, so much so that I really prayed hard for him, but I didn’t know exactly what was going on with him. I even sent a note to him at his office: “Dear Dr. B, God has really put your name on my heart over the last few days, and I have been praying for you. I don’t know what is going on, but I felt like God wanted you to know how much He loves you, and that He knows what’s going on. Not to worry, trust Him, and know that He loves who you are and what you are doing.” Well, I didn’t hear from him, so I wondered if he ever really got the note, or I thought maybe I was off base. (Why do we doubt when we know His voice so well? -whatever).

Anyway, 3 months later in January, I had my routine physical, and when Dr. B came into the exam room, he stuck out his hand, and with a beautiful grin shook my hand and said, “I want to thank you so much for that note you sent me in October. It meant the world to me. I was going through a hard time, and that was just what I needed.” He said he was much better now, and I asked him when he was going to Honduras so I could pray for him. He told me he’d be going in February and that he was really excited about this particular trip because it was his first mission trip with his two sons. He told me the dates in February, and after my doctor visit, I went home and put the dates on my calendar.

So, February comes, and I pray when I see Dr. B’s name on the calendar, but the last day, Friday, I got this warrior-like feeling. Like I should pray really hard, press in, and pray for travel mercies. And so I did. I even called the office and asked if he made it home OK. The secretary said he wasn’t going to actually be home until Saturday. So, I kept praying every time the Lord put him on my heart. I called the office on Monday to see if he made it back OK; which he did. Then I told his nurse to be sure and tell him  that I prayed really hard for him on Friday and Saturday- that they’d all be safe. I prayed for their protection and travel mercies. “Be sure and tell him. Promise”. She said she would, and that was that.

Well, a couple months later I spent the night in the emergency room with abdominal pain, and it turned out I had diverticulitis, but that’s nothing compared to what happened next. The ER doctor said to follow up with my family doctor the next day, so, the next day I went in to see Dr. B.   I’m in the exam room, and he comes in and says, “Patty, I’m so sorry to hear you spent the whole night in the ER. How are you feeling now?” and I say, “Never mind that!- Tell me about your mission trip.”

Well- his eyes get really big, and all of a sudden I can see the Holy Spirit all over him, and he’s glowing practically! “It was the best trip I have ever been on, but also the most dangerous.” He told me they had to travel in overloaded jeeps across washed out roads, ford 5 rivers in their jeeps, go around mountains while leaning into the mountain so their jeep wouldn’t fall down the side of the mountain, and then, get this: “The last day, we had to go for 8 hours down a river at night- pitch black, in two canoes. The canoes were overloaded and they were leaking. We had no flashlights at all, no life jackets, and crocodiles were in the river.”  “But,” he said, “I was at peace. I knew someone was praying for us. And then, I got home, and I came into the office on the following Monday, and Jamie tells me about your prayers. I was, I was….well, (you could see him searching for the right words) and I said, “BLOWN AWAY!”

Awesome, Huh? Man- I didn’t care that I had diverticulitis. If it took a night in the ER to get me to see that look on his face, to see him glowing, and to share God with him, I’d do it again in a heart beat.