The lady with the Coke bottle glasses

Posted on February 4, 2013 by perkandgod 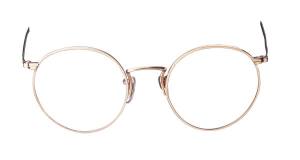 This is when I started hearing God’s voice on a regular basis. I had heard Him at 3am in 1977 and in 1984 when Charlie nearly drowned. I didn’t hear Him personally when I accepted Him into my heart in 1987, but I ended up with an unquenchable thirst to read His word. I also wanted to be used by Him, like my friends Jim and Beth who were missionaries in Brazil. I wondered what God would have me doing. And on a clear, spring day in May, He talked to me again.

I’m in  front of the thrift store , about to buy gym clothes for Charlie. I get out of my van, and smile and nod at this cute little old lady who is standing smack in the middle of the parking lot. She has on a tennis hat, is leaning on a cane, and her glasses are as thick as the bottom of Coke bottles. She smiles back at me, and I hurry into the store. I’m always in a hurry. 5 minutes later, I leave the store, without finding any gym shorts. The lady is still standing there. We make eye contact once again, and as I open the door to my van, I hear in my head, “Ask her if she needs a ride.” It was God’s voice! The same one I had heard twice before, but I didn’t believe He would say such a silly thing. So…I ignore it. I must be mistaken.

I shut the door, and I hear, “Ask her if she needs a ride”, and it’s the same voice, but a little more insistent. OK- I’m going crazy! I put the key in the ignition, and for the third time I hear, “Ask her if she needs a ride!”  I ignore the request, only because I doubt that God would say such a thing. But right after I start my van, the little old lady hobbles toward my car, and with her cane, she reaches up to the van and knocks on the window. I roll the window down, and she says, “Excuse me, honey. Could you give me a ride?” Oh my. Oh my. I’m amazed! “Yes. Yes!” I say, and I get out of the van and help climb into the passenger seat. She buckles up, as do I, and I say, “Hi, I’m Patty.” And I stick out my hand to shake hers. She says, “And I’m Agnes.”

Well, before I ask her where she needs to go, I say, “You know, Agnes, you’re probably not gonna believe this, but I swear I heard God telling me 3 times to ask you if you needed a ride, and all three times I ignored Him.”  “That’s OK, honey… He was talkin’ to me too.” Wow! I was blown away! I took her where she needed to go, and just grinned that I had had an encounter with God.

OK- so, I vowed that if He talks to me again, I’d obey Him. That evening, it’s 5pm, and Charlie’s playing a soccer game. It’s hot, and I can tell he’s thirsty, but I didn’t bring him any water. So, half time comes, and I drive to the closest place that I know has bottled water- the hospital. I pull up to the entrance, and as I am running inside to get him water, I see a young lady sitting on the steps, smoking a cigarette. I have no idea who she is, mind you. I say “Hi” to her, and go inside, get the water, and return to my van. I’m in a hurry again. Charlie’s thirsty.  “Ask her if she wants to go to Charlie’s soccer game.” It’s God, and I argue with Him! “No way. Why would she want to go there? She’ll think I’m crazy.” He doesn’t repeat Himself this time. His words are sitting in my head.  I know it’s God, and I promised Him I’d obey His requests, so I take a deep breath, and say, ”Pardon me. Would you like to go to my son’s soccer game with me?”

She stands up, smiles, and says, “Yeah, that would take my mind off of things.” Just as she’s about to get in the van, she changes her mind. “Oh maybe I better not. What if they come outside and tell me bad news?”

“Bad news about what?”

“Oh, my boyfriend’s here because they think he has cancer. He’s only 28. I got nervous waiting inside, so I came out here to wait. They might be done with the procedure and come looking for me. I’d better stay here.”

“Wow- that’s a heavy load. Where are you from?” and I begin a conversation with her. She unloads on me. She talks for 15 minutes. I pray with her, I hold her, she hugs me and cries. At some point, we go our separate ways. And I marvel at how God used me. I’m in awe that He’s talked to me twice in one day. I’m full of fire in my belly, and I feel like I’m glowing like Moses did, when he came down off the mountain, after having seen God. And on I go, to Charlie’s game, coming away from the hospital with more than a bottle of water.